Have you ever walked into a store and thought to yourself can I really trust these people to be selling Non-Stun halal meat? Sometimes the feeling is ignored, but it still exists. This is where we come to the rescue, because like yourselves we authentic halal have started up in order to answer the curiosity for ourselves and you.  Hence we provide meet with a nothing to hide policy. Whether you want to eat simply according to the Islamic regulation, or even eat clean, we have a nothing to hide policy. You can come and see the slaughter right before your eyes. You can satisfy your curiosity, as we can truly say we  understand.

Halal is very important in everyday lives, and can be seen as a tool to open up a key into your world. If you want to be able to eat clean for fitness purposes and feel your body deserves a disease free meat in your system, then that’s what you get with us. If you want to abide with Islamic regulations, and eat meat that Is permissible and will gain Allah’s pleasure, then allow us to assure you, we are the right catapult to help you do just that.

We have a passion for halal meat and are inspired by Quran as it says ”
“Eat not (O believers) of that meat on which Allah’s Name has not been pronounced (at the time of slaughtering) for sure it is disobedience of Allah (a sinful conduct). And certainly, the Shayaatin (devils) do inspire their friends (from mankind) to dispute with you, and if you obey them [making al-Maytatah legal to eat (Maytatah – a dead animal or animal / bird slaughtered without taking the name of Allah during slaughter)], then you would indeed be a polytheists (i.e. doing shirk, ascribing partners to Allah)” (6:121).

We are creating a platform that humanity can be satisfied the meat they are buying is fresh, clean, disease free and for those following the Islamic regulation, we want to make sure you are free from polytheism and please the almighty. You can be sure we are 100% non-stun Halal as we care for our customers. Hence, don’t compromise on the method of slaughter.

Authentic halal is born for a reason a purpose and that’s portrayed in our name. When you see our name you know it’s the name you can trust. The name and flag you can stand behind and be sure of authenticity. Where we don’t sell so called stunned Halal but only Non-Stunned Authentic Halal and for sure you will “Feel the difference”

“O YOU PEOPLE ! EAT OF WHAT IS HALAL(lawful) AND TAYYIB(pure/natural) ON THE EARTH,AND DO NOT FOLLOW SATAN’s FOOTSTEPS,VERILY HE IS TO YOU AN OPEN ENEMY !” 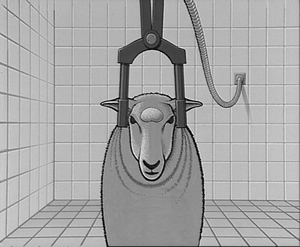 The question of how an animal should be slaughtered to avoid cruelty is a different one. It is true that when the blood flows from the throat of an animal it looks violent, but just because meat is now bought neatly and hygienically packaged on supermarket shelves does not mean the animal didn’t have to die? Non-Islamic slaughter methods dictate that the animal should be rendered unconscious before slaughter. This is usually achieved by stunning or electrocution. Is it less painful to shoot a bolt into a sheep’s brain or to ring a chicken’s neck than to slit its throat? To watch the procedure does not objectively tell us what the animal feels.

A team at the university of Hanover in Germany examined these claims through the use of EEG and ECG records during slaughter. Several electrodes were surgically implanted at various points of the skull of all the animals used in the experiment and they were then allowed to recover for several weeks. Some of the animals were subsequently slaughtered the halal way by making a swift, deep incision with a sharp knife on the neck, cutting the jugular veins and carotid arteries of both sides together with the trachea and esophagus but leaving the spinal cord intact. The remainder were stunned before slaughter using a captive bolt pistol method as is customary in Western slaughterhouses. The EEG and ECG recordings allowed to monitor the condition of the brain and heart throughout.

With the halal method of slaughter, there was not change in the EEG graph for the first three seconds after the incision was made, indicating that the animal did not feel any pain from the cut itself. This is not surprising. Often, if we cut ourselves with a sharp implement, we do not notice until some time later. The following three seconds were characterised by a condition of deep sleep-like unconsciousness brought about by the draining of large quantities of blood from the body.  Thereafter the EEG recorded a zero reading, indicating no pain at all, yet at that time the heart was still beating and the body convulsing vigorously as a reflex reaction of the spinal cord. It is this phase which is most unpleasant to onlookers who are falsely convinced that the animal suffers whilst its brain does actually no longer record any sensual messages.

Using the Western method, the animals were apparently unconscious after stunning, and this method of dispatch would appear to be much more peaceful for the onlooker. However, the EEG readings indicated severe pain immediately after stunning. Whereas in the first example, the animal ceases to feel pain due to the brain starvation of blood and oxygen – a brain death, to put it in laymen’s terms – the second example first causes a stoppage of the heart whilst the animal still feels pain. However, there are no unsightly convulsions, which not only means that there is more blood retention in the meat, but also that this method lends itself much more conveniently to the efficiency demands of modern mass slaughter procedures. It is so much easier to dispatch an animal on the conveyor belt, if it does not move.

Not all is what it seems, then. Those who want to outlaw Islamic slaughter, arguing for a humane method of killing animals for food, are actually more concerned about the feelings of people than those of the animals on whose behalf they appear to speak. The stunning method makes mass butchery easier and looks more palatable for the consumer who can deceive himself that the animal did not feel any pain when he goes to buy his cleanly wrapped parcel of meat from the supermarket. Islamic slaughter, on the other hand, does not try to deny that meat consumption means that animals have to die, but is designed to ensure that their loss of life is achieved with a minimum amount of pain.

Islam is a balanced way of life. For Muslims, the privilege of supplementing their diet with animal protein implies a duty to animal welfare, both during the rearing of the animal and during the slaughter. Modern Western farming and slaughter, on the other hand, aims at the mass consumer market and treats the animal as a commodity. Just as battery hens are easier for large-scale egg production, Western slaughter methods are easier for the meat industry, but they do neither the animal nor the end consumer any favours. The Islamic way guarantees a healthier life for the animal and a healthier meat for the consumer.

Hence at Authentic Halal we believe in not stunning before slaughter and only supply Non-Stun Hand slaughter Meat and poultry to our Muslim and Non-Muslim customers.

Like other Halal monitoring and regulatory authorities we don’t just try to monitor we actually bring you fresh meat straight from factory to our processing unit and after processing from there straight to your kitchen, so no agents or different bodies involved accept ourselves we keep our promise and trust of our customers as our priority on our shoulders only,  if we can’t we will tell our customers first!

At the end i would like to thank you for reading this and this shows your interest and seriousness of eating Authentic Halal and ethical correctly processed food. We can guarantee you the best service and price for top quality and Authentic Halal Meat and poultry for your self and family. Please do enjoy eating Authentic Halal also share with others too so they can benefit from this amazing service for our customers. God bless you!